One day, in the Ganton area. There was a man named Jack Reinhard he was a child of the mother who has been searched by the police, because the case of 1kg per day selling drugs. Jack does not have a mother at the age of 5 years, and its cousin left him when she was 18 years old. Because of its cousin had lost during the 27 January 2008 when gangster wars in Los Santos, only to fight over territory.

After Jack was 25, so wanted to raise her brother from the gangsters, and gangster named the Groove Street. At that time he was driving around town, looking for people who have bad character. As he passed the police station, he saw Jeremy Cassilas needed a ride. And Jack pretends to be a taxi driver. And Jeremy get into Jack's car.


Jack: Need Taxi?
Jeremy: Yes.
Jack: Where are you going?
Jeremy: I've lost it all up.
Jack: Hmm ... Are you afraid of the Criminal?
Jeremy: Because I would not have caused the police anything, and I do not care anymore.
Jack: Need money? But this is a bit illegal.
Jeremy: What about it?
Jack: Only rob. You come with me and our gangsters robbing people.
Jeremy: Hmm, interesting idea may I join?
Jack: Sure.

From there he began looking for bad guys to join the gangsters.

Members of Groove Street grow up to 5 people, the longer the rising crime rate. Rob and party drugs. They still have not found a free life, until they can beat the Los Santos territory. 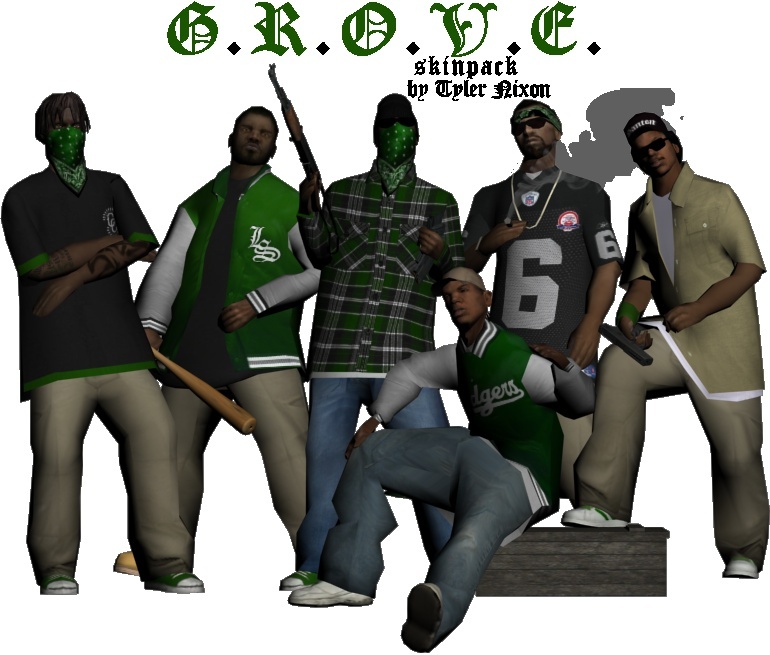 Behind the HQ, when doing a party drug, to hard to move. Float like a kite in the air.

Regional HQ, which contained a lot of gangsters, and not many people who dare to speak out or die ...